Exhaust system includes catalytic converter , straight pipe, muffler and exhaust flexible pipe. You need exhaust systems to remove the gases from the engine that have been caused by combustion. An exhaust system is essentially a length of tube that runs to the back of the vehicle. It includes the catalytic converter, which helps clean the gases and other parts. There are 5 types of exhaust systems that are commonly used on vehicles. Some are ideal for normal vehicles, while others are more suitable for vehicles that have high performance engines.

The most common type of exhaust systems are the single exit type which you’ll typically find on cars and trucks you buy from a dealer. As the name implies, there’s just one exhaust pipe. You’ll usually find these because they’re the cheapest to build and install. That doesn’t mean they’re necessarily the most efficient exhaust systems, but that’s offset by the economy to the manufacturers. The pipe will invariably have its exit on the passenger side of the vehicle. 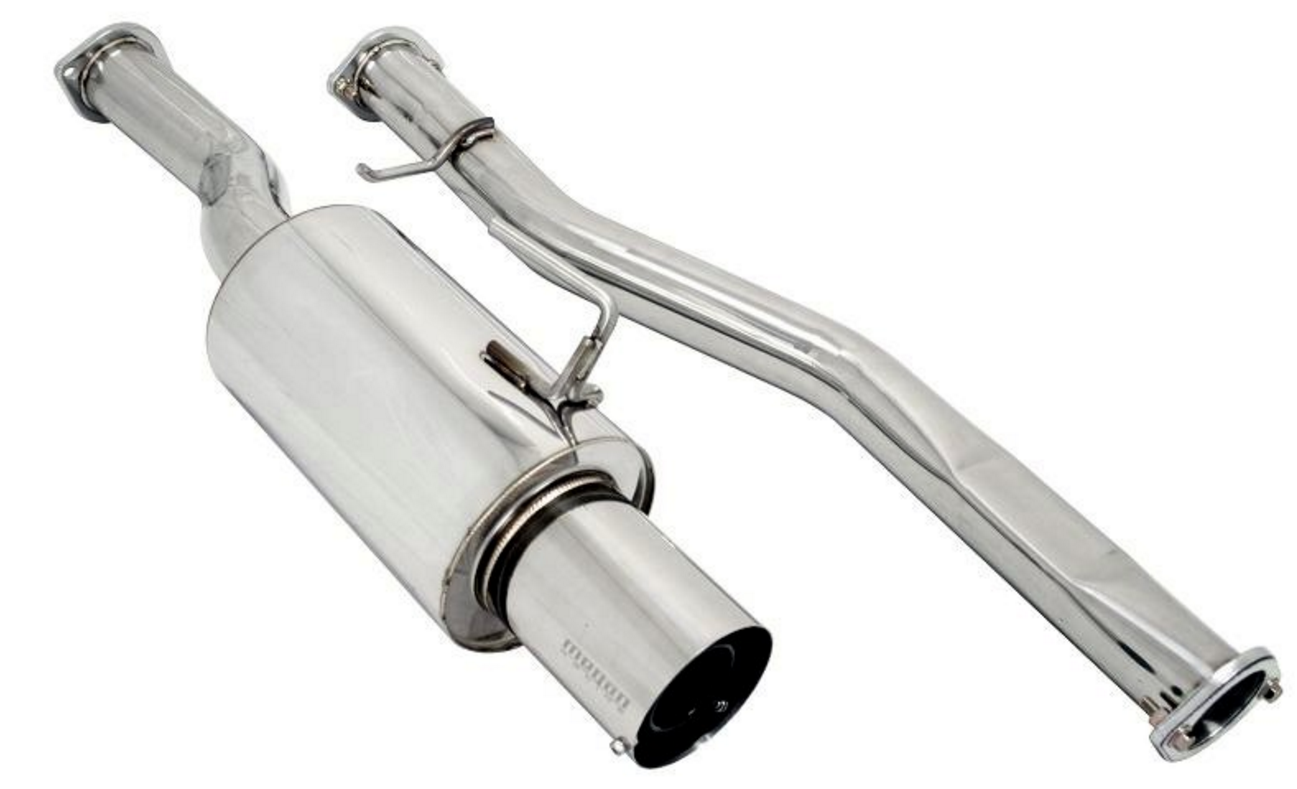 Dual rear exit exhaust systems are aimed at the sportier end of the market, or at least at those who want their vehicles to look and sound sportier. It gives a deeper note to the exhaust so the car at least sounds as if has a powerful engine. There are two exhaust pipes located on opposite sides of the vehicle under the back bumper. They’re more efficient at expelling the gas than the single exit pipe exhaust systems. Unlike some other system, the pipes don’t bend around the wheels.

The dual side exhaust is pretty much what it says, with two exhaust pipes next to each other on one side of the vehicle. Using two pipes to expel the gases is more efficient. Often, the pipes are smaller than with single exhausts so the sound is deeper. They look and sound like high performance systems and do offer some enhancement in performance. They do it without the price tag attached to high performance exhaust systems.

High performance exhaust systems are more expensive, but do a more efficient job of filtering out the gases. They’re not standard, but fitted as aftermarket products. In some cases they can make the car run more efficiently and with increased performance. A wider exhaust pipe can reduce pressure, which has the effect of increasing engine performance. Few people are willing to invest the money it costs to put in true high performance exhaust systems, which involve changes to the manifold. Most prefer systems that look and sound good instead.