Have an exhaust leak at the flex joint on the converter pipe. I noticed a metal ring dangling around it - not sure what that is - and wasn`t sure if there is a gasket I can replace or how to fix it???

Most likely your flex pipe is damaged and split. My 2006 Taurus flex joint failed three years ago at around 100K miles. I purchased a replacement joint on eBay and a stainless stepped band clamp from Summit Racing and cut the old one off. Took an hour to fix. Hardest thing was removing the two bolts that attach the flex joint to the Y pipe.

That ring is most likely from the clamp that did hold the convertor to the resonator pipe. I never had a leak there and all three of my cars had that clamp rust off.

The present supplier is stating 2 inch pipe but my pipe was 1.75 inches. 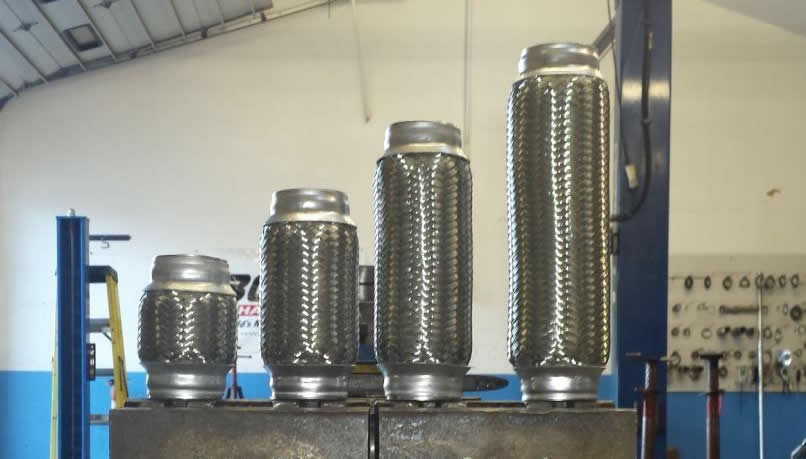 I tried buying a flex joint from a local salvage yard for a 2001 because both of my 2001s have good flex pipes. They said they cant sell them because of the EPA and cat convertors. Local pull a part yards list them on their price list though. The one from Bear River Convertors slips over the old pipe and the band clamp does not deform the pipes so they can be separated easy if the joint fails again.

I bought a spare from them early this year and I had to return it because there was weld blow thru. They sent me a new one without an issue. I bought a spare because I was worried they would discontinue them and mine would fail in a few more years.