Metal bellows are tubular parts with continuous corrugated special-shaped cross-sections, and are an important part of bellows components. Due to the special structure, it has better functions than straight wall pipes or metal hoses in terms of connection, sealing, shock absorption, etc. It is precisely because of this special tube wall shape that more requirements are placed on its forming technology and forming equipment. There are many types of forming technologies for metal bellows, such as hydroforming, mechanical or rubber bulging, welding forming, electrochemical forming, spinning forming, roll forming, electromagnetic forming, superplastic forming, water jet gradual forming and semi-free Mold forming, combined with the characteristics of each technology, has a corresponding type and application range of bellows.

From the birth of the first bellows in 1929, it has a history of nearly a hundred years. Early bellows were used in measuring instruments as elastic auxiliary elements. Metal bellows, as a basic element and its constituent parts, are now a non-default component in equipment manufacturing and industrial production systems. Metal bellows are widely used in aerospace, automobile manufacturing, sealing valves, construction engineering, and medical and health fields.

Many domestic and foreign automobile manufacturers use metal bellows as a noise reduction device in the vehicle exhaust system, as shown in Figure 1. In the automotive industry, a metal corrugated pipe made of double-layer stainless steel plates and advanced production technology is used, which is arranged at the junction of the engine and the exhaust pipe assembly. The bellows noise reduction device can prevent the vibration from the engine from propagating to the exhaust pipe assembly, and reduce the resonance of the exhaust system and the frame to reduce the vibration and noise of the whole vehicle.

Valves play a pivotal role in complex pipe network systems in modern industry, petrochemical smelting, thermal power generation and other production sectors. In particular, metal bellows valves should be selected at the key nodes of large-diameter leakage prevention, as shown in Figure 2. The high-pressure and corrosion-resistant metal bellows assembly forms a seal with the movable parts of the valve body cavity to prevent high-pressure fluid from overflowing from the gap of the valve stem. 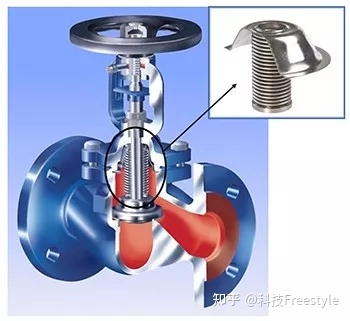 Metal bellows are also widely used in the health and medical industry, for example, miniature metal bellows are used in hearing aids. Miniature metal bellows are good acoustic wave sensors. At the receiving end, the micro bellows sealed at the two shaft ends will deform when subjected to a small external pressure, and convert the acoustic signal into a displacement signal. At the transmitting end, an electromagnetic drive device is used to convert the electrical signal into a sound wave vibration signal. As shown in Figure 3, it is a schematic diagram of the hearing aid device. 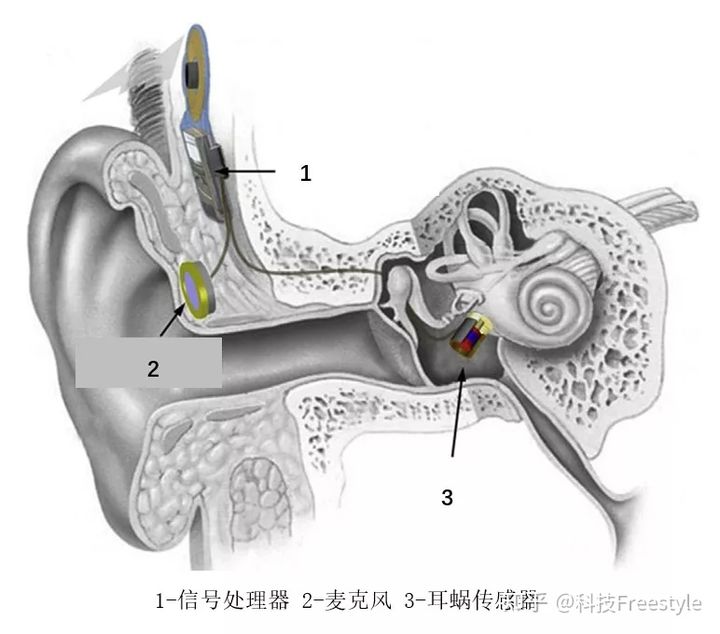 The hydroformed bellows are mainly used for processing stainless steel, low carbon steel, copper alloy and other materials with good plasticity at room temperature. The thickness of the pipe wall can be processed in the range of 0.08-4mm. Generally, the wave depth coefficient k that can be processed is not more than 2 (the wave depth coefficient is the ratio of the outer diameter and the inner diameter of the bellows, and is one of the key parameters that determine the geometric shape of the bellows). V-shaped, square, S-shaped and other corrugated forms that can be easily removed from the mold. 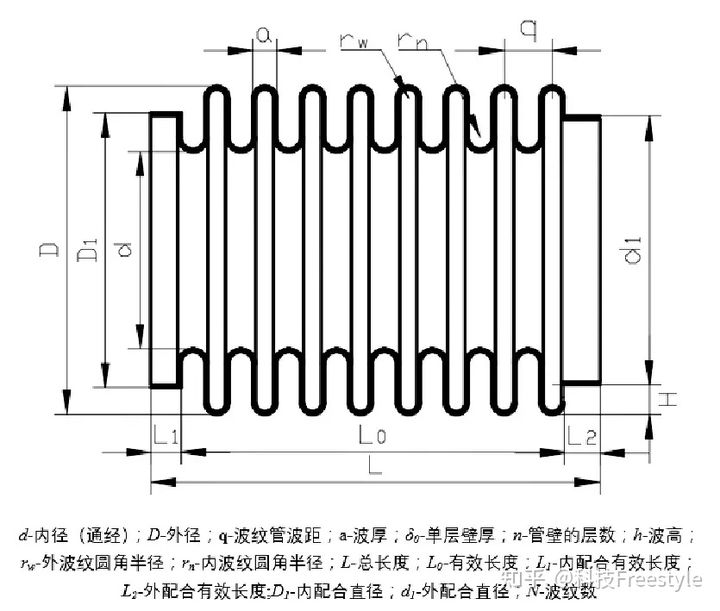 Figure 4 The structure and size of the bellows

During hydroforming, the prefabricated tube blank parts are placed in the forming die, and the two ends of the corrugated tube blank are sealed. When the high-pressure emulsion is passed into the sealed tube section to reach the yield strength of the tube blank, the tube blank expands outward between two adjacent mold halves. When the initial wave reaches the design arc, the pumping of high-pressure emulsion is stopped. Two adjacent mold halves are squeezed to a predetermined wave thickness, pressurized to the shaping pressure, and the tube wall fits the cavity of the mold to shape. After the pressure of the forming system is released, the mold is opened and the punch is returned to obtain the hydroformed corrugated pipe parts.

The metal bellows integral hydroforming equipment is mainly composed of two systems, namely the hydraulic press system and the mold system. The hydraulic press can be in a conventional form, including a clamping press, a horizontal side cylinder, a supercharger, a control part, an emulsion and an auxiliary part, etc. The mold needs to be adjusted and replaced according to the characteristics of the product design requirements. The mold includes a set of mold halves, a mold body, and a split mechanism. The axis of the tube blank forming die and the working plane can be vertical and parallel. The molds with the axis perpendicular to the worktable generally adopt the structure of step pin shafts in series with mold halves. The molds arranged on the horizontal axis of the workbench generally adopt the structure of the mortise and tenon hook and the mold slide. The overall forming operation process of typical parts includes: blank tube blanking-nozzle grinding, reaming-die reset, mold opening-tube blank positioning in the mold-clamping and bulging-punch push mold forming-pressure relief, punch Reset-open mold to take part. 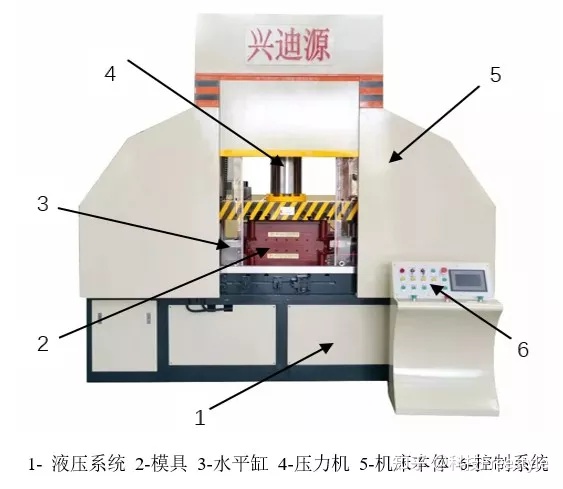 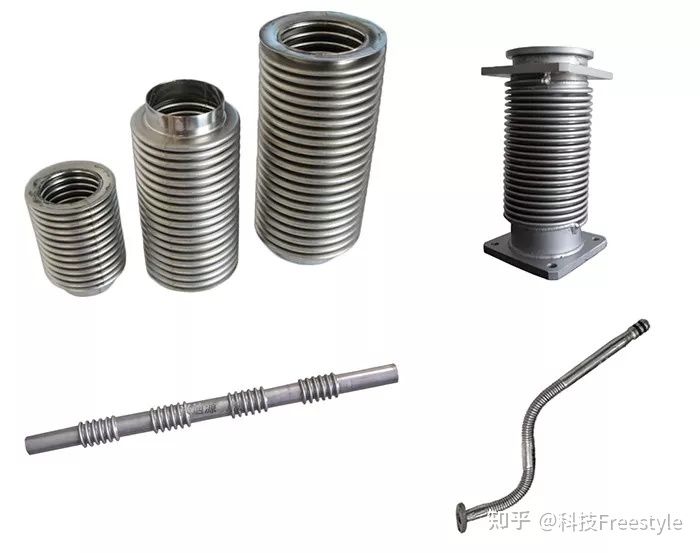 Metal bellows is one of the successful application cases of hydroforming technology in the field of tube forming. Xingdiyuan Machinery has long been committed to providing customers with energy-saving, efficient and highly automated metal bellows forming technology and production equipment research and development. At present, it has developed a number of intelligent bellows hydroforming equipment with independent intellectual property rights, which has been well received by the market. Widely favored. 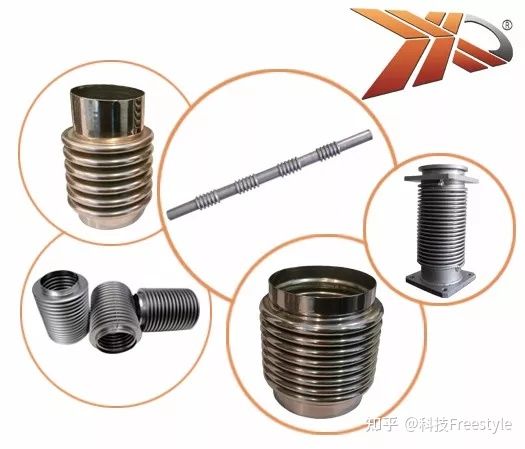 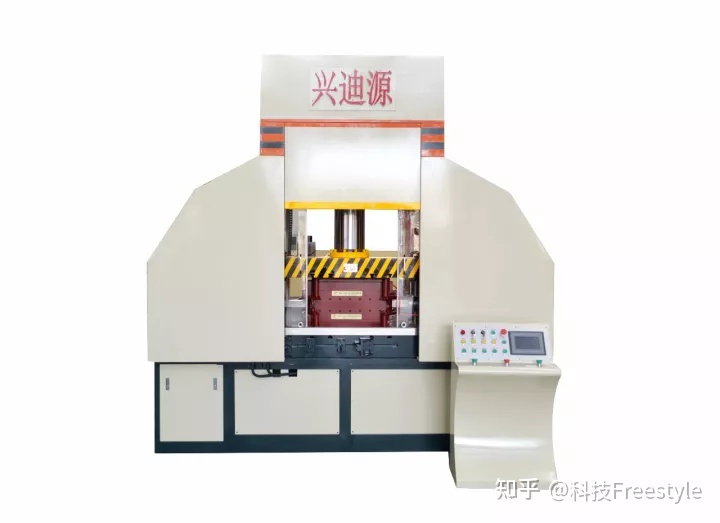 The equipment presses the tube blank into the mold cavity to form all the corrugations of the entire tube at one time by pressurizing the inside of the tube and pushing the supplementary material with axial force. The biggest feature is that the bulging force is evenly transmitted, which can deform the material under the most favorable conditions, and the production efficiency is extremely high. It is suitable for forming various types of metal corrugated pipe products.