The best advice for exhaust work: Replace it all-2 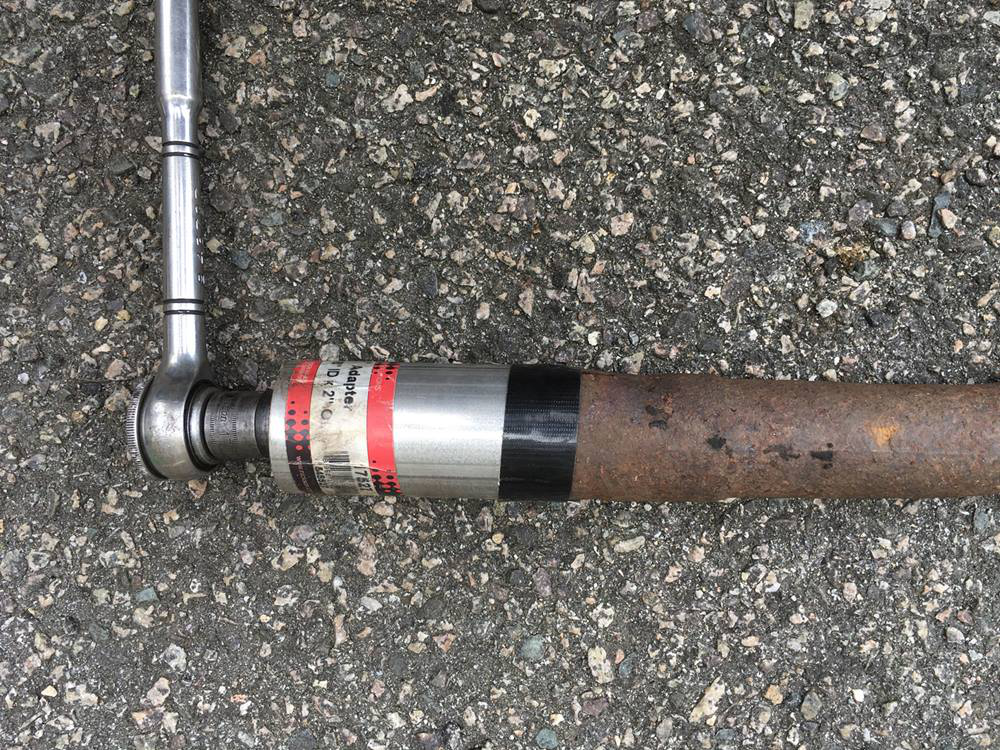 My personal hack: Extending the tailpipe so the stretcher would be constrained rather than opening up the split section at the end.

I cranked down on the tool with a ratchet wrench. After a few attempts, it began to have some effect. I repeatedly test-fit the resonator, and could clearly see where the internal ridge was preventing it from going in. 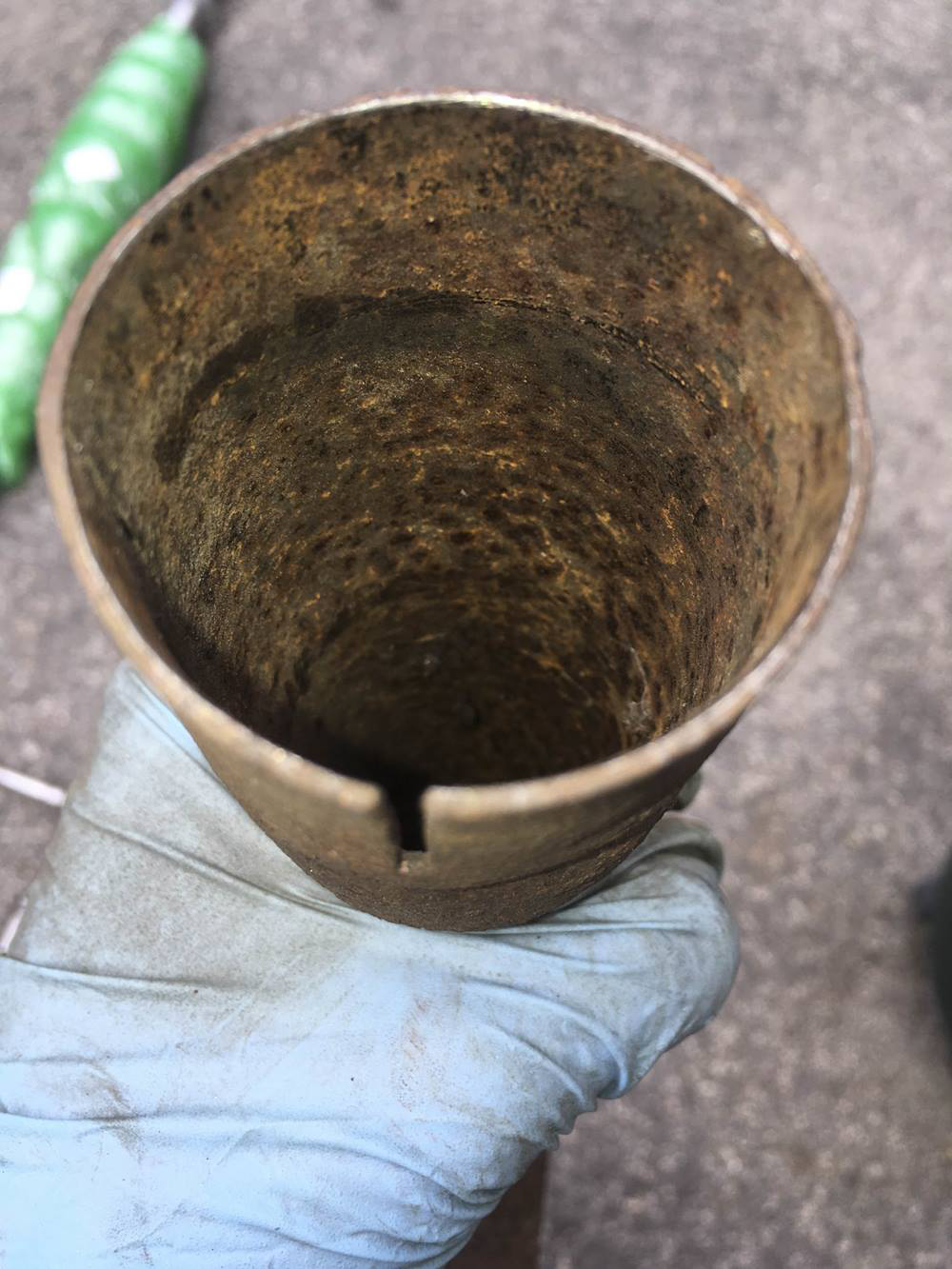 The on-line reviews I read said that, unlike the high-quality Lisle set, you can’t use an impact wrench on these cheap tools without destroying them, but I viewed the $16 tool as a single-use investment weighted against the $100 cost of a new muffler, so I hooked up the air compressor and cranked down on it with an impact wrench. I didn’t break it, but I could see the threads shedding a fine metallic powder.

After several tries, I’d clearly knocked the size of the internal ridge down significantly. I test-fit the muffler onto the new tailpipe, and it slid on farther than it initially did, but not to where it’d need to be for installation. I could still feel the ridge with my finger, so I took a Dremel tool with a metal-cutting bit and smoothed the last of it off. 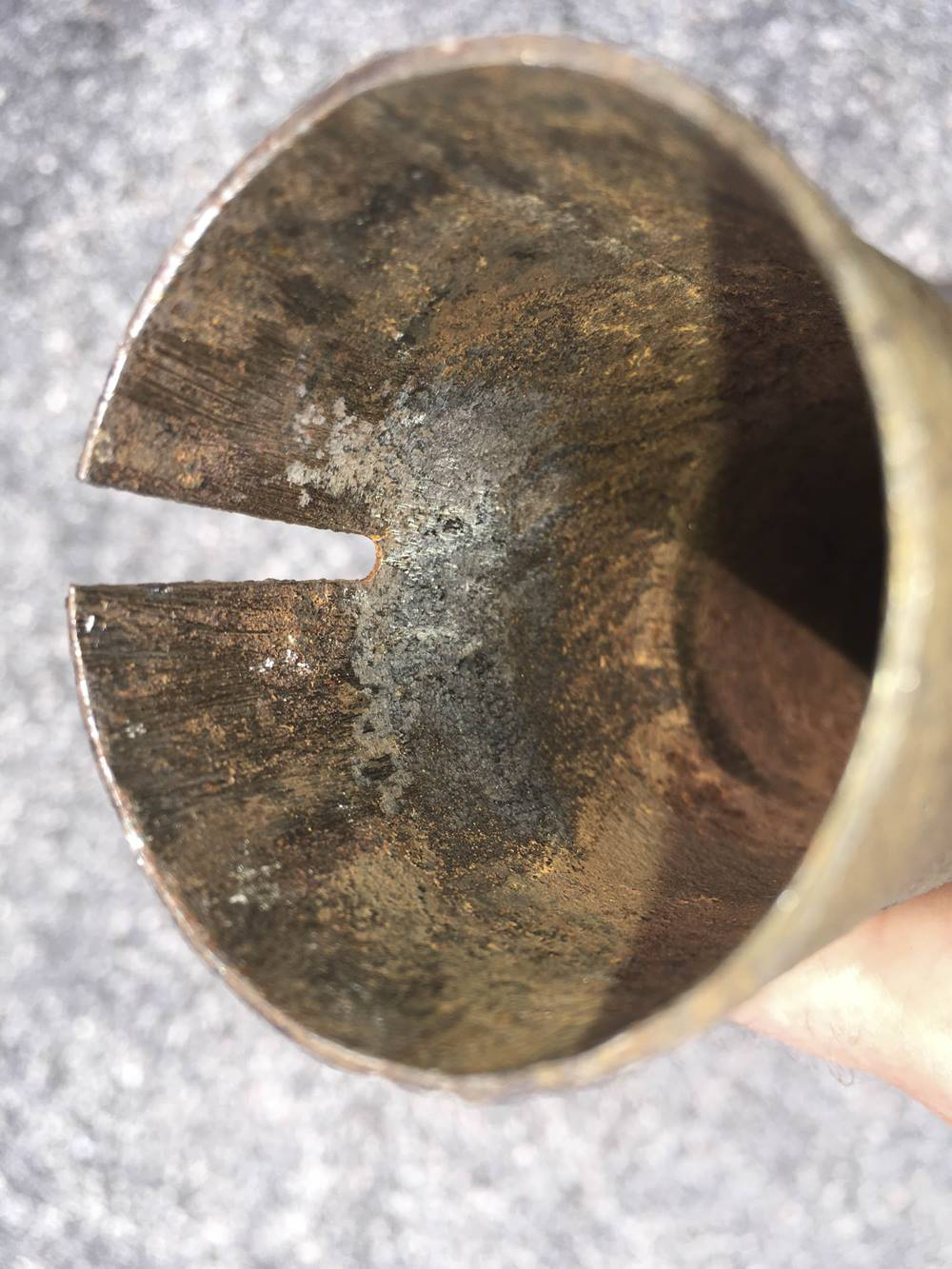 The result of grinding off the last high spot with a Dremel tool.

And with that, the muffler slid easily onto the resonator. 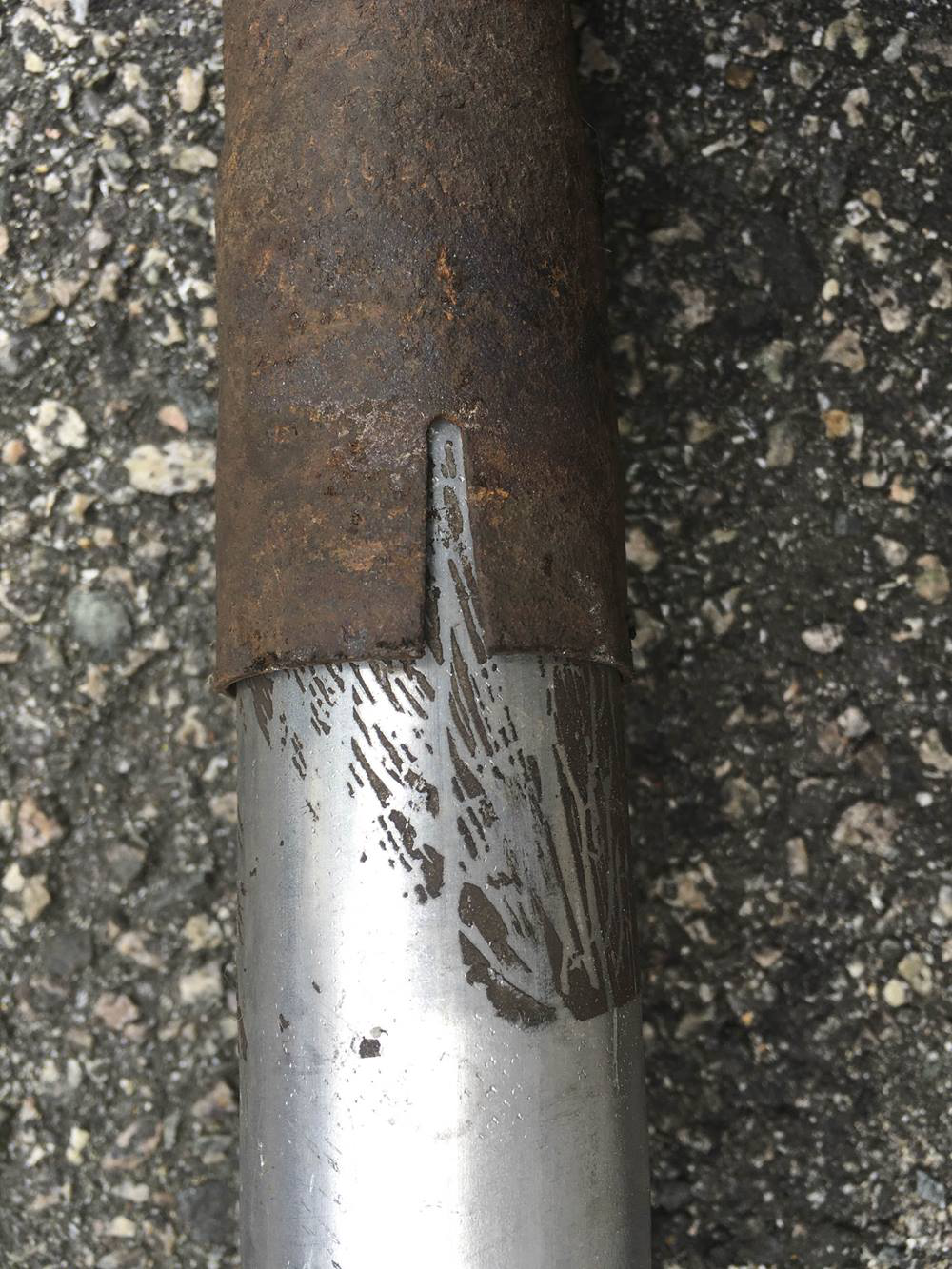 So, it worked. I successfully re-used a muffler with ridges on the input pipe, and the tailpipe expander helped me to get rid of the ridges. But because the process took several hours and required intervention with a Dremel tool, I’d give the tool a C+. Maybe a B-. On paper, spending $16 on the tool rather than $100 on the muffler, I saved $84, and on a car that needs nearly everything and, once it’s running, will be lightly used, it was in keeping with the budget resurrection I’m trying to perform.

But, in most cases, the better advice is still this: Replace it all. I probably should’ve just spent the hundred bucks on a new muffler. If, in a few years, the re-used muffler fails, and I can’t get it off the new resonator because of the clamping ridges and the rust welding, and it ruins the resonator, I’m going to feel like an idiot.