What is an Exhaust Manifold?

An exhaust manifold is a system which is used to vent exhaust gases away from an engine. The manifold extends from the cylinders to the exhaust pipe, collecting and moving exhaust away from the engine. Exhaust can be harmful to inhale, making it very important to have a fully functional exhaust manifold; because it can sometimes be difficult to detect an exhaust leak, people may inhale exhaust gases without being aware of it. 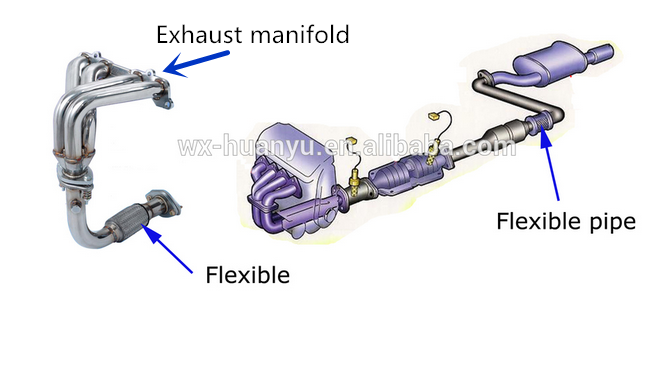 One of the most common problems which can arise with an exhaust manifold is damage to the gasket which acts as a seal. In this case, the manifold needs to be unbolted so that the gasket can be removed and replaced. Another issue which can commonly arise is rust, especially in salty environments. If rust eats through the pipes of the manifold, they can start to leak exhaust fumes into the engine compartment. In a car, these fumes can enter the passenger compartment, making people sick.

The differing pipe lengths can also lead to an issue known as back pressure, which forces the engine to work harder to push the exhaust fumes out. This can be resolved with an attachment called a header, which uses pipes of the same length to reduce back pressure. Headers are fitted on high performance cars and race cars to increase efficiency. Reducing the amount of work the engine needs to do contributes to higher performance operation, and can make a critical difference with some vehicles.

A mechanic can identify problems with the exhaust manifold if they appear, and make recommendations for repairs or replacement, depending on the nature of the problem. If drivers notice a decline in performance or changes in the way that a car handles, it is a good idea to talk to a mechanic about the issue to see if there is a functional problem with the vehicle which might be causing the change. Paying attention to changes is important for the longevity and performance of the vehicle and for driver health and safety.