What is an Exhaust Pipe?

An exhaust pipe is a pipe or a system through which waste gases are released from a combustion engine, stove or furnace. These gases can be released directly into the air or into other components of the system that they are attached to. One might commonly associate an exhaust pipe with a car muffler or a motorcycle exhaust pipe, both of which are very visible motor vehicle components on the road. On a small boat, the exhaust is sometimes released underwater, often through the propeller.

The most important design feature of an exhaust pipe is that the expelled gas is released away from the people using the engine. Gases such as carbon monoxide are highly toxic. For pipes that are used for indoor equipment this is even more important since these gases, when filling up an enclosed area, can become especially deadly to anyone inside. An exhaust pipe needs to be free of damage and also needs to be impervious to the high amounts of heat that a combustion engine can create. 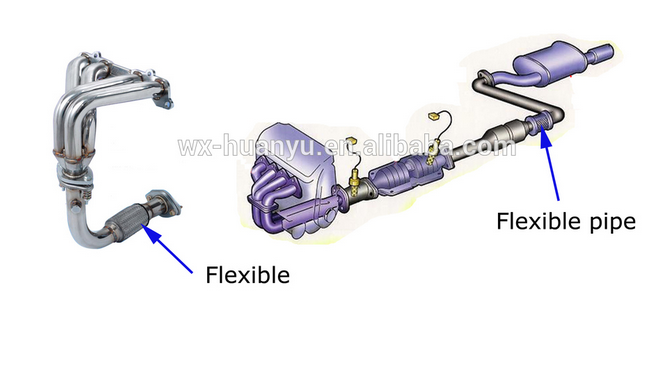 An exhaust pipe is designed to work in conjunction with other vehicle components depending specifically upon vehicle design. For instance, it may be attached to a catalytic converter, which reduces the amount of air pollution released by an exhaust system. Exhaust pipes can also be attached to the muffler of a vehicle, which significantly dampens the amount of noise that an engine creates. A turbocharger that is involved with an exhaust pipe can be used greatly increase engine power.

On a motorcycle the exhaust pipe is often one of the most prominent features and is usually coated in shiny chrome to accent the vehicle. There are many different kinds of motorcycle exhaust pipes that have different ways of doing their job. They also can contribute greatly to the character of a motorcycle by being especially loud or by giving the bike an increased amount of power.